Mr. Sultanov was born and raised in St. Petersburg, Russia. He trained at Vaganova Ballet Academy and at age 17, joined the Kirov ballet where he danced a classical repertoire. Artur has also performed with Eifman Ballet as a Soloist. In 2000 he moved to San Francisco to join Alonzo King’s Lines Ballet. There, he worked closely with Mr. King on creating original contemporary ballets. In 2003 Artur joined Oregon Ballet Theatre. His principal roles at OBT include the Prince in Swan Lake, Ivan in Firebird, and the Cavalier in the Nutcracker, among others. Artur was a guest artist with Trey McIntyre Project, Complexions Contemporary Ballet and California Ballet Company where he performed the role of Romeo in their version of Romeo and Juliet. He has been featured on OPB as an emerging artist in Portland (http://www.opb.org/programs/artbeat/segments/view/200). Mr. Sultanov has worked and performed with a tribe of pigmies from Central Africa in the project called “People of the Forest”. He has appeared at numerous festivals such as the Jacobs Pillow Dance Festival, the Chicago Dancing Festival and Fall For Arts- the most prestigious festival of contemporary dance in New York City. Mr. Sultanov has performed on the stages of the Metropolitan Opera House, Kennedy Center, Bolshoi Ballet Theatre, and the Mariisnky Theatre in his native city of St. Petersburg. In addition to being an accomplished dancer, Mr. Sultanov has also taught extensively throughout his professional career. In the past eight years, Mr. Sultanov has taught and choreographed for the school of Oregon Ballet Theatre and Lines Contemporary Ballet School of San Francisco. His vast experience also includes holding master workshops in the Portland Metro Area, Seaside, OR, Vancouver and Tacoma, Washington. Artur Sultanov is excited to be a part of the Portland dance community and is looking forward to inspiring a new generation of dancers. In 2017, Mr. Sultanov received the Youth America Grand Prix Outstanding Teacher Award.

Rick is a former Principle and Soloist Dancer with the Washington Ballet, The Boston Ballet, Pennsylvania Ballet, Nashville City Ballet and Miami Ballet Company.  He has also danced on Broadway and through out Europe, in Productions of Cat’s, West Side Story, Victor Victoria and Miss Saigon to name a few.

For the past three years Rick has worked as the ballet master and resident choreographer of City Ballet of Los Angeles. His career has taken him all over the world to work as ballet master and to teach for many companies and schools all across the country as well as abroad. He teaches ballet at all levels as well as pointe class, men’s class, variations and pas de deux classes. He also coaches dancers at all levels from beginner to principles. 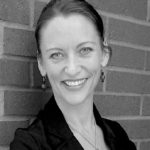 Deanna White was born and raised in Covina California, and began taking dance classes (tap, jazz, and ballet) when she was 5 years old. By the time she was 12 she decided that ballet was her one true love, and devoted more and more hours taking ballet classes. She studied one year with Shamil Yagudin of the Bolshoi Ballet, and 3 years with Vladimir Yakovlev of Tatarstan State Ballet, Russia. By the time she was 21, she was invited to dance in Russia with Tatar State Opera and Ballet Theatre, in Kazan, Tatarstan Russia. Where she danced as a corps de ballet member for one season, and participated in the International Rudolph Nureyev Festival in May 1996. She performed in Swan Lake, La Bayadere, Don Quixote, Giselle, Shurale, La Sylphide, Nutcracker, and many more. After her year in Russia, she guested as a soloist all over the US, and eventually joined International Ballet Theater (IBT), in Philadelphia PA, as a soloist for 2 years under Alexander Boitsov as Artistic Director. She then moved to Salt Lake City, UT to attend the University of Utah, as a scholarship student. Where she earned her degree, Bachelor of Fine Arts (Ballet Emphasis). 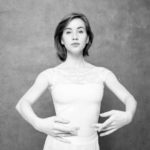 Dasha was born and raised in Moscow, Russia. She was a professional dancer with the Theatre of Natalia Sats in Moscow. She has taught at the School of Ilze Lieppa, as well as various ballet schools in Thailand. She is also a choreographer and specializes in teaching children ages 6-teens. Dasha is mom to a 2.5 year old boy and she is looking forward to returning to teaching after staying home with her son the past couple of years. We are delighted to welcome her to the studio!